In this article I’ll show how to use RabbitMQ exchanges and queues to trace specific messages. This technique can be used for example in acceptance tests.

At OpenTable, our mailing system uses RabbitMQ to pass messages between worker services. The configuration is depicted below. 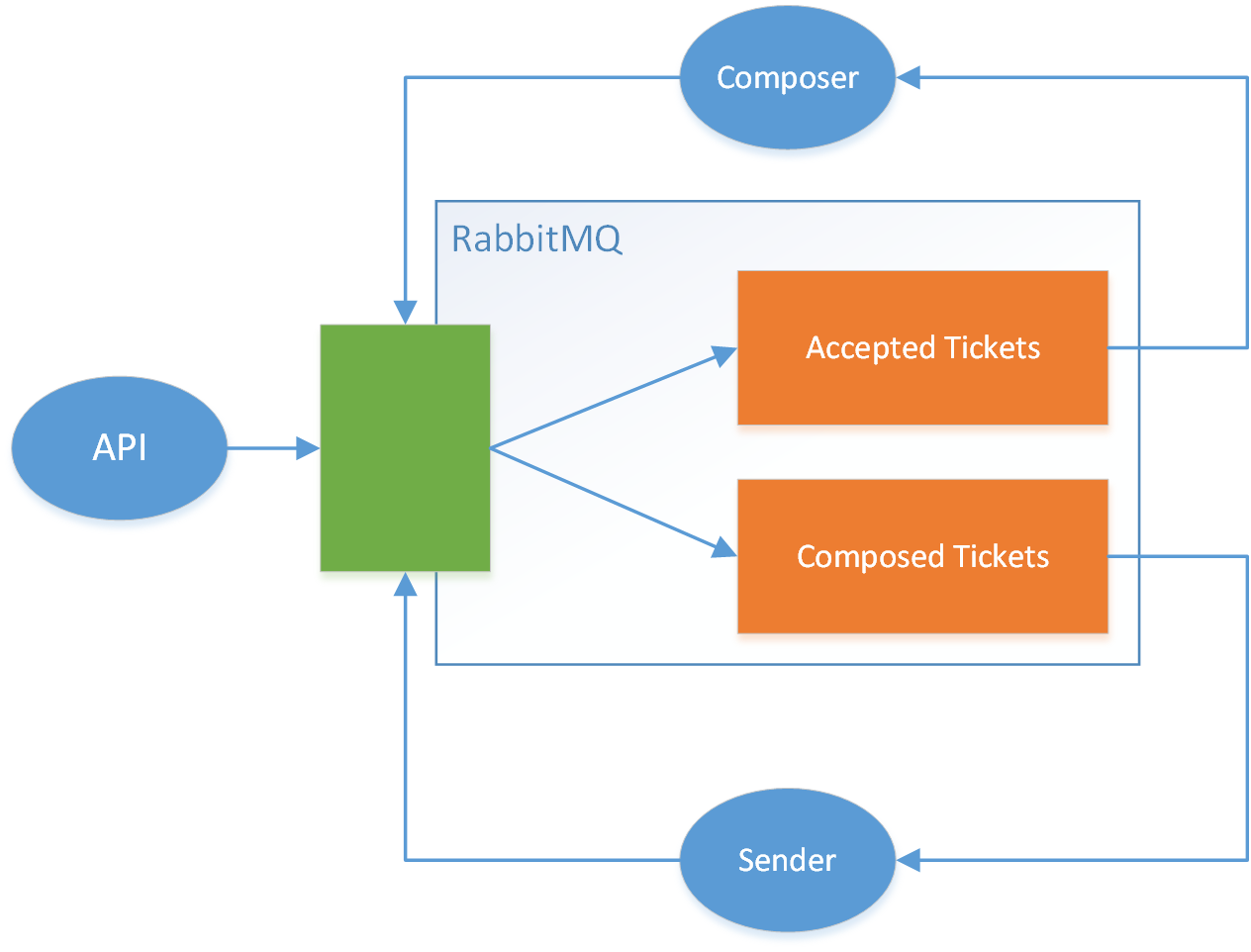 This is just a simplified version of the real process. I omitted scenarios when composition or sending fails. Below there is a RabbitMQ binding configuration of Tickets exchange: 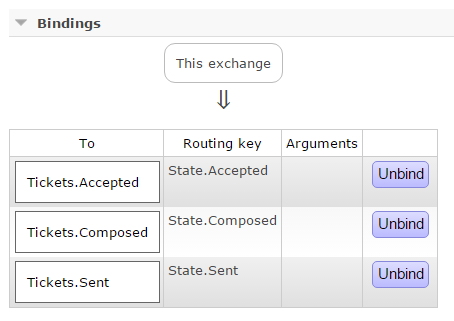 Testing message-based (asynchronous) systems may be difficult, especially when it comes to end-to-end tests. Let’s define what problems do we want to solve:

To be able to run tests in parallel and trace proper messages we need to assign some kind of id to a test and messages being produced by services as a result of this test. The id have to be carried with the messages and the services producing messages have to copy this id from one message to another. Seems like a lot of work, but it isn’t. We don’t want to modify bodies of the messages, that’s why we will send the id in message header. Below there is a body of a simple worker service (Composer).

Composer consumes messages from Tickets.Accepted queue, modifies body by adding “ Composed” suffix and sends it back to the Tickets exchange. Notice that headers are copied from source message. This would be the only code change that we would have to do in the production code.

Before we write a test runner we need to define another exchange of type “headers” which would allow us to filter messages by header variable. We also need to bind this exchange to our main Tickets exchange. Notice that routing key is # which means “all messages”. 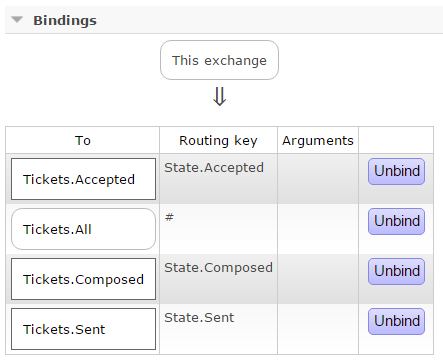 Let’s write simple test runner. It first generates random id and displays it in the console window. There are few important code pieces here: 1. We use DeclareQueue without parameters. It would create temporary queue with random name. When the application quits the queue would be removed. 2. We bind this queue to our new exchange Tickets.All. Because the type of the exchange is “headers” we don’t use routing key. Instead we define SessionId header for this binding. All the messages with matching header would be routed to our temporary queue. 3. When publishing test message we use the same header as in the binding.

Let’s see it working. To do that we need to run Composer and Sender. To show that messages are not mixed up I run two instances of test runner. To distinguish messages I modified the code a little to contain random number in the message.

Here you can see the bindings to temporary queues: