Source code for this article: https://github.com/lukasz-lysik/teamcity-dependencies-tree.

Let's imagine, that we have an application which consists of many components. Each component consists of many projects (Visual Studio projects), e.g. Data Access, Data Model, Web, Test, etc. Each project can reference projects in other components. The hierarchy of dependencies can be deep and wide.

To speed up the build process, we would like to know which project was changed during the last commit (check-in) and build only this project along with projects one level higher in the hierarchy (projects that reference this one). There is no need to compile project that are lower in the hierarchy, neither the projects that are two or move levels above.

The first step to implement this would be to maintain a file which contains list of all the projects in the repository with their dependencies. This file could be used by build scripts to figure out which projects should be build.

In this article I'll show how to use Team City to track project dependencies. As an addition I'd like to visualize the dependency tree and display it in Team City. I'll not focus on the other parts, like deciding which projects to run (it will be covered in the next article). 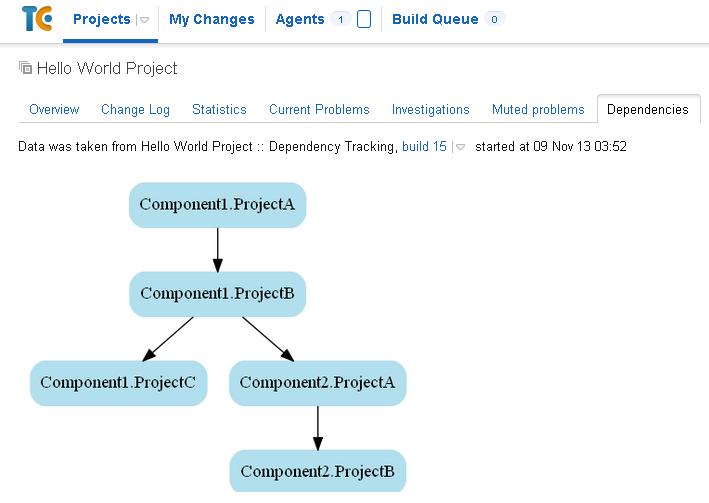 We would like to have a separate build configuration which will run on each check-in. This configuration will create file with dependencies. The table below presents the problems we want to solve and possible solutions:

As a result of this task execution I get the following XML file:

The tasks should take previously generated XML file with dependencies and produce *.gv file which will be later used by Graphviz.

Most of the code above doesn't need any explanation. However, there are part specific to Graphviz language, which should be described:

File produced by the above task:

Now that we have all needed tasks, let's create MSBuild script:

In the PropertyGroup section we define: directory where Team City checks-out repository, output directory, where XML, GV and PNG files should be placed, and path to Graphviz. Also, we need to include our tasks in the build script (using UsingTask).

Our build script have only 3 steps: 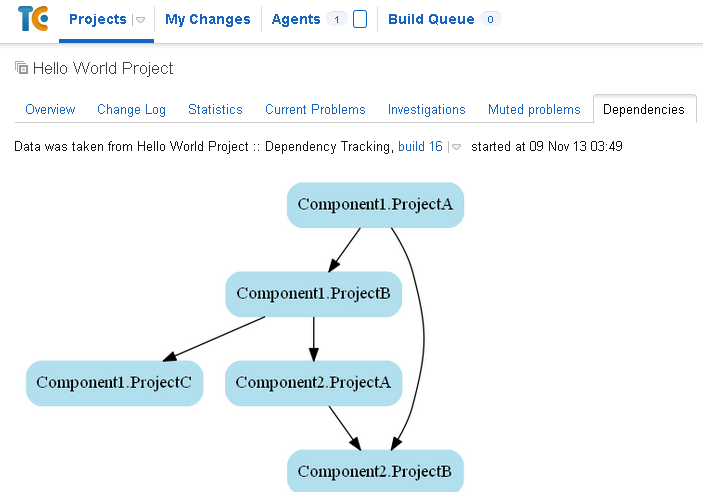